As Pandemic-Related Cabin Fever Takes Hold, Some Turn to Camping as an Escape

It has been a year since COVID-19, an illness caused by a virus that was first discovered in China has been declared a global pandemic by the World Health Organization (WHO). A year has also passed since the restrictions created to control the spread of the virus such as mask-wearing, hand-washing, and social distancing have been enforced.

For many people, March marks the year when they started locking themselves inside their homes to escape the ravaging crisis outside their doors.

Americans are used to being indoors. One estimate says that the average American will spend approximately 90% of their time indoors, but that also includes offices, shopping malls, and movie theaters. The situation right now calls for everyone to stay home all day. With the virus still spreading, all the other activities done in indoor settings such as dining, shopping, watching a movie with several others have become hazardous.

An Unbearable Yearning to Go Outdoors

Many people are now experiencing cabin fever, a state wherein a person who has been cooped up indoors for quite some time starts to have a series of negative emotions. It is typically associated with being stuck at home because of heavy rain or a winter blizzard. However, it can also explain the distress that so many people live with after a year of sheltering in place in the hopes of ending the pandemic.

Because cabin fever is not recognized as a psychological condition, there is no one way to treat it. However, talking to a therapist will still be able to help people alleviate the struggle.

Moreover, it will also help to get out, to walk around in nature. During the pandemic, there are so many activities that create risks for infection, but there are a few that are deemed relatively safe. One of them is camping.

RV Revival as a Cure for Cabin Fever

Traveling is still, so far, discouraged. Even with looser border controls and vulnerable people being inoculated with vaccines, vacations are still health hazards.

However, some people, bitten by wanderlust, have found an alternative. Instead of exploring foreign lands, they are traveling at home.

The pandemic has revived the interest in recreational vehicles. Traveling by RV is quite expensive, but owners believe that the cost is worth it because it provides the freedom to move from one place to another. It is camping with all the necessities and comfort of home. A heavy-duty fifth-wheel toy hauler has generous space for a bedroom, a kitchen, a bathroom, and a small living room. It is essentially a home on wheels. 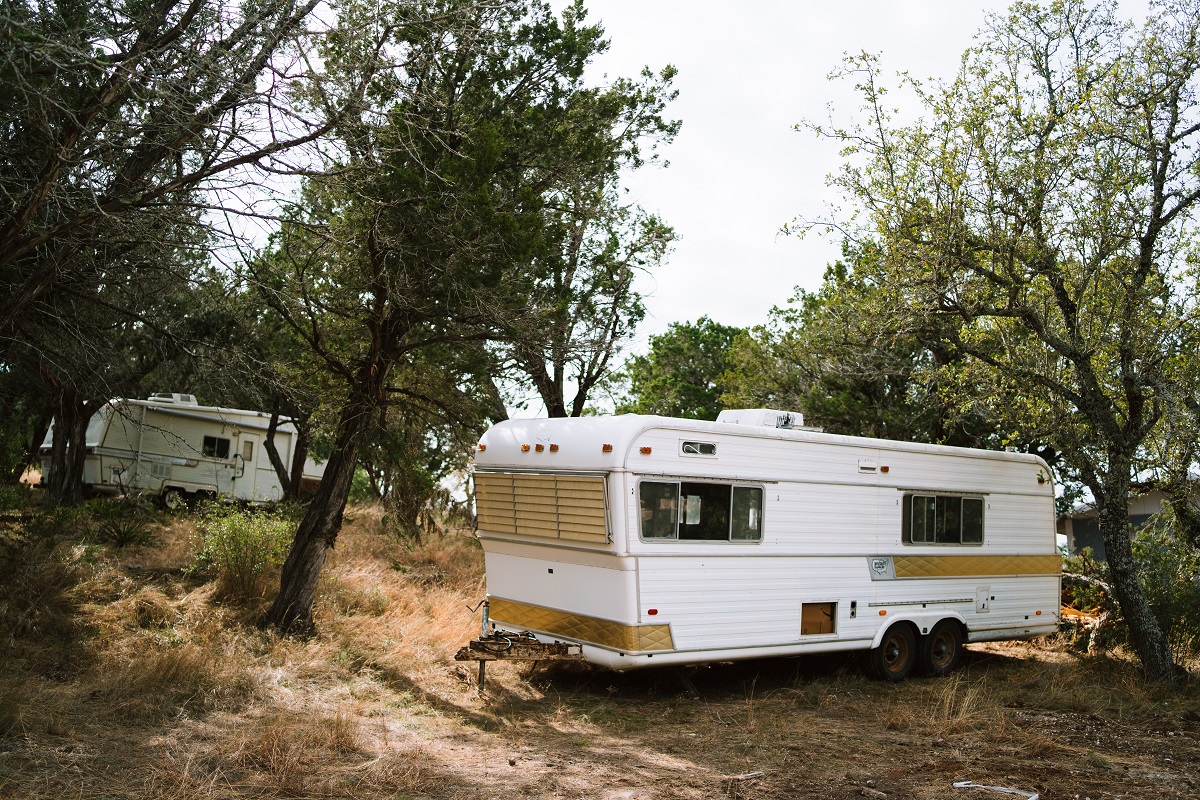 RVs are great because they eliminate the need for hotel rooms. When a virus is spreading from person to person through contact, it became a way to escape while still physically distancing. In May, when dealers reopened, bookings for rentals were up 81% compared to the year before. Since then, interest in RVs only increased.

During the pandemic, many people are traveling with an RV. Although no activity is without risks, it is still safer than other hobbies because you get to isolate yourself from your family and minimize interactions with strangers. Moreover, when you travel with an RV, you likely are heading to outdoor settings where there is a very minimal chance that you will catch the virus as long as you follow health protocols (including wearing face coverings).

A Nature Pill for Pandemic-Related Anxiety and Depression

RVs and camping in general offer opportunities for people to get out of the house and enjoy nature after months of being stuck at home during the lockdowns. As the pandemic continues to pose a serious threat to public health, many people are experiencing symptoms of mental health conditions. The rates of anxiety and depression among the population have been elevated since the global crisis started last year.

Previous research has already proven the power of being exposed to the natural environment to combat mental health conditions. People who spend two hours a week in nature have reported having good physical health and even better emotional well-being. Taking a short walk in parks and forests can also improve mood.

Americans are experiencing cabin fever after months of sheltering at home, and many have already started going out by exploring local parks and forests to improve their mental health. Some are also driving across the nation with an RV as a physically distant way of traveling while air and other modes of public transport continue to pose a health risk.