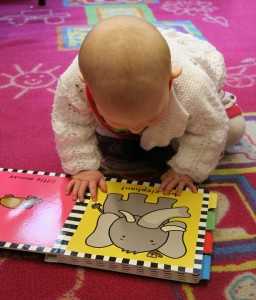 Once upon a time, parents thought raising children in a bilingual environment was a bad idea. They thought doing so could harm the child’s IQ and verbal development. The reasons behind the discouragement are plenty: speech delays, missed windows of opportunities, and possible confusion for the child.

Parents only want what’s best for their children, and these beliefs convince them that a second language interferes with the development of the first one. Of course, they wouldn’t want their child mixing up the two languages and ending up with a stutter.

Science, however, proves that raising a child to be bilingual is actually not a bad idea.

Settling the Issue of Confusion

One of the biggest concerns for parents who want to raise their kids to be bilingual is the concept of confusion. Bilingual adults have no problem sorting out and switching between the two languages, but can children and infants speak without getting confused?

When your child mixes words from different languages, it’s not confusion — it is code mixing. A study from LEARNing Landscapes considers code mixing as a normal part of bilingual development. Kids mix codes because they learn from what they hear from the adults; it is the result of their immediate language community.

What about bilingual babies? Research believes that infants can distinguish between two languages without confusion. Because language differs in numerous dimensions, it is rather easy to tell one from another. The same applies to infants — they can set languages apart.

These language skills contribute to greater development in the brain’s executive system, which deals with attention and multi-tasking. Since bilingual people switch between languages, switching between tasks is no problem. This also applies to tasks that are non-linguistic in nature.

When your child learns another language, it becomes easier for them to pick up another one. Because the brain is capable, they have a better chance of learning other languages in the future. It’s fair to say that being bilingual offers a number of linguistic skills. For example, your child can learn new words easily, spot rhymes, and also improve communication skills.

Helping your child learn another language is one of the best ways to nurture growth and development. By introducing a second language, you expose them to words in the most meaningful way possible.