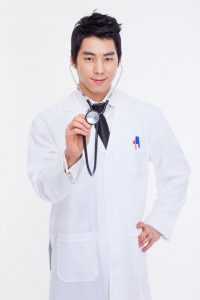 Behavioral health has always been an overlooked department in medical practices, reducing chances of recovery for mentally ill patients. An even smaller minority, however, suffers the most from the lack of attention to mental health: children.

Doctors at intermountainhealthcare.org believe that in ensuring overall health, it is not enough that we only heed the youth’s physical needs. According to a new American Academy of Pediatrics policy statement, about 10% of very young children struggle with significant mental health issues yet only a few of those are getting help. This is because some children refuse to talk about what’s wrong and other times, there really is no therapy within their reach, both geographically and financially.

“Young children have mental health problems, and we need to make sure they have access to treatments that work,” remarked Dr. Mary Margaret Gleason, a professor at Tulane University School of Medicine.

Common mental illnesses among children include attention-deficit/hyperactivity disorder (ADHD), anxiety disorder, and reactive attachment disorder. When left unacknowledged and untreated, children may resort to self-harm and even suicide.

The 21st Century Cures Act, a bill passed by President Obama, included incentive funding for medical students who want to specialize in pediatric and adolescent psychiatry. The law was in response to the shortage of those who provide mental health care for children, with only a yearly average of 52 doctors.

“This fact alone makes the need to build the pediatric psychiatrist workforce pipeline a vital goal now,” said Rep. Joe Courtney, “so that children … are not even more underserved in the future.”

Children should not be given the option to suffer and go through mental health problems without accessibility to treatment. It’s about time we paid attention to their needs and give them the medical assurance that is rightfully theirs.