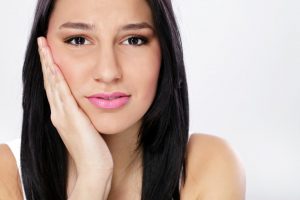 Residents in the poorest county in the U.K. may have to wait for up to 18 months before seeing a National Health Service (NHS) dentist. As much as 14,000 people living in Cornwall are currently waiting to register for dental care.

Those who became impatient have decided to travel as far as 70 miles to other towns and counties, just so they could see a dentist. Dental professionals attributed the inadequate level of services in Cornwall due to lack of funding and the effects of the Brexit vote.

If you live in Cornwall, the huge waiting list may require you to consider seeing an NHS dentist in Gainsborough such as Dee Kay Dental and other regions, knowing that you will be waiting for more than a year.

The government’s failure to provide any guarantees to offshore dentists practising in the U.K. ahead of Brexit negotiations represents a significant problem, according to the British Dental Association.

Since dentists trained abroad account for one-fifth of services in England, the referendum vote elicits some genuine concerns about sustaining NHS dental services.

NHS quotas are also responsible for the impediment relating to new patient registrations, according to an NHS England spokesperson. These quotas restricted “the level of contracted activity that is purchased from practices by the NHS,” she said.

The NHS spokesperson advised Cornwall residents to contact a helpline, although those who called learned that there are no available practices for immediate access to a routeing dental appointment.

Private dental care is another option, yet you need to be willing to pay extra for this service compared to an NHS dentist.

A 2015 study showed that there were 7,500 dental practices with NHS services. However, only 4,500 have advertised that they accept NHS patients.

With the state of dental health care in Cornwall, are you willing to wait for more than a year to see a dentist?