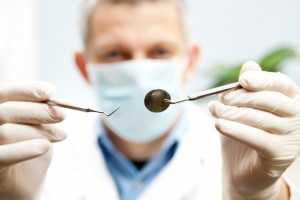 Ask anyone about what oral hygiene prevents, and the likely response would be one of two things: cavities and yellow teeth. Though both are valid concerns, they are far from being the direst issues dental care tackles. Compared to two other effects of poor oral hygiene, holes in teeth and a non-pearly smile would seem negligible — even trivial. These pressing issues are of course, periodontitis and oral cancer.

Dentists from dublin18dentalrooms.ie state how there is no dental calamity worse than having periodontitis or oral cancer. They say that a complete aesthetic breakdown, from having a few unsightly teeth to no choppers at all, is a far better condition than dealing with oral disease of such gravity.

They start by describing periodontitis as a gum infection that leads to bone loss and even cardiovascular issues. ‘It isn’t nailed down yet, but there seems to be a link between the inflammation of gums and the inflammatory markers of heart disease’, says Dr. Martin J. Davis, professor of clinical dentistry at the College of Dental Medicine at Columbia.

Other symptoms include bad breath, tooth recession and pus between one’s teeth and gums. Cuts along the gum line also make a person vulnerable to orally ingested microbes. Chronic and aggressive periodontitis share a laundry list of symptoms, but differ in the age by which they take effect; adulthood and childhood, respectively.

Worst of the Worst

Oral cancer, the worst dental problem of them all, affects about 34,000 people a year. Eight thousand of these cases result in death. Dr. Michael Kahn, a professor of oral pathology at Tufts University, cites that oral cancer kills one person every hour — twice as many compared to cervical cancer.

Screening and early treatment are currently the only methods of reducing oral cancer mortality rates. Dr. Kahn says that the detection of abnormal tissue is becoming faster and easier with the advancement of technology, but patients still have to check for tiny white or red spots in their mouth as a way of screening themselves more often.

‘You have to take care of your mouth like any other part of the body’, Dr. Davis says. Besides proper and regular brushing, flossing and check-ups, people need to be on the lookout for all manners of oral disease, especially the ones that end up harming far more than just the mouth.