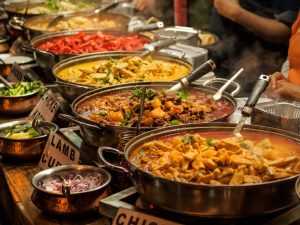 One of the biggest concerns that Hospitality, as well as Health industries in New South Wales (or in general, all of Australia), have is incorrect handling procedures can lead to serious diseases, more commonly known as food poisoning or food-borne illnesses. Experts estimate that more than 4 million people in the country suffer from this health problems.

This is why all workers whose jobs entail handling of food need to undergo a credited food handling certificate program, such as those offered by Australian Institute of Accreditation.

There are some types of food more susceptible to toxins or health hazardous bugs. These products may already contain them even before their purchase. However, a lot of contamination cases also happen through poor hygiene and handling practices. Incorrect temperature control also paves the way for these toxins and bugs to grow at an alarming rate.

Transfer of the most dangerous bugs on food happens through people who handle them, as humans carry them via the hair, skin, nose, and throat. This is why all food businesses and organisations should implement rigorous hygiene practices for all their food handlers. The transfer can also happen when someone coughs or sneezes within the near vicinity of the food products.

Food poisoning and their causes

There are many major players when it comes to food poisoning. The top ones include insufficient cooking time, incorrect food storage, food handled by a person with an illness or someone who didn’t wash his/her hands properly, and using expired food among many others.

The Australian state and territory governments enforce food standards through their own individual and varying Food Acts. The Food Standards Australia New Zealand Act 1991 contains the general must-comply with regulations. All the laws written here aim to protect the health and safety of the public – regulations food handlers have to remain in compliance with.