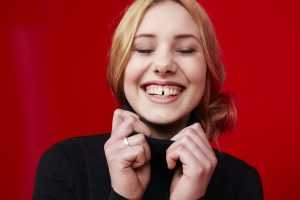 Zac Efron’s career began to soar when the first part of Disney’s High School Musical (HSM) aired in 2006. His character, Troy Bolton, became a household name among teenage girls. His luscious locks, dazzling smile, and enchanting voice drew the attention of young people. To this day, the lyrics from the musical film still echo in their childhood minds.

However, did you know that even the hottie Zac Efron went through an awkward phase like a normal teenager? He only had his tooth gap fixed before filming HSM by undergoing cosmetic dentistry from clinics such as Glenlake Dental Care.

Before Tinseltown, Zac Efron was your typical high school student. He had a huge gap between his two front teeth, which, according to him, was always the subject of mocking. Yes, girls, the man of your dreams experienced bullying too when he was young.

He said that one time, to impress a girl, he proudly told her he can do backflips off a swing. He shared that he had done it numerous times before, but this time was a failed attempt. He ended up falling flat on his back and panting for air. The girl just laughed at him and left him there.

When Vanessa Hudgens first met him, she said she found the tooth gap charming. But, Efron still went on to enhance his smile for better career opportunities.

His smile makeover served as the gateway for him to switch to huge box-office roles. It is said that the smile transformation cost over USD 10,000. He wore invisible braces before the filming of HSM, and he had on clear aligners for months. He even succumbed to teeth whitening to brighten his smile.

His trademark smile got him the leading role in Charlie St. Cloud, The Lucky One, and even more movie roles. When he was 23, he even received numerous awards for his acting roles.

It just goes to show how one small detail can alter your life.