No doubt, there’s a sense of growing optimism now. As the United States government unrolled millions of vaccines,  thanks to the leadership of President Biden, six out of 10 Americans are positive things are getting better. That sentiment has been echoed by the opening left and right of bars and restaurants, starting with the state of New York. Add to that picture the fast approach of the 4th of July celebrations, and chances are millions of Americans are slowly finding themselves a jug of alcohol to drink.

Here’s new for you. Ever since the Founding Fathers ushered the country to self-rule, beer has been the most favored drink in the Land of the Brave. In fact, many of those bearded legislators who framed the Constitution of the United States enjoyed beer as a beverage. Today, there are thousands of breweries that spread all over America, a huge increase in number when there were but fewer than 100 in the 80s. You can just imagine how much beer will flow on Independence Day this time around.

What many don’t know is that beer can help you in your quest to be healthy. It may sound contradictory. Beer has acquired quite a reputation over the years, associated with pot-bellied men. But science-backed research shows drinking beer in moderate amounts can be instrumental in your overall fitness.

No doubt, beer has alcohol. But its alcohol content is not as strong as wine or distilled spirits. In fact, it takes 12 ounces of beer (regular) to get a standard drink equivalent but it takes just 5 ounces of wine to do just that. For distilled spirits, it’s even a lot less as it just takes 1.5 ounces.

There’s a reason why beer is called ‘liquid bread’. Of course, it doesn’t mean you need not watch the calories but take note every time you take in a glass of beer, you’re taking in nutrients too. 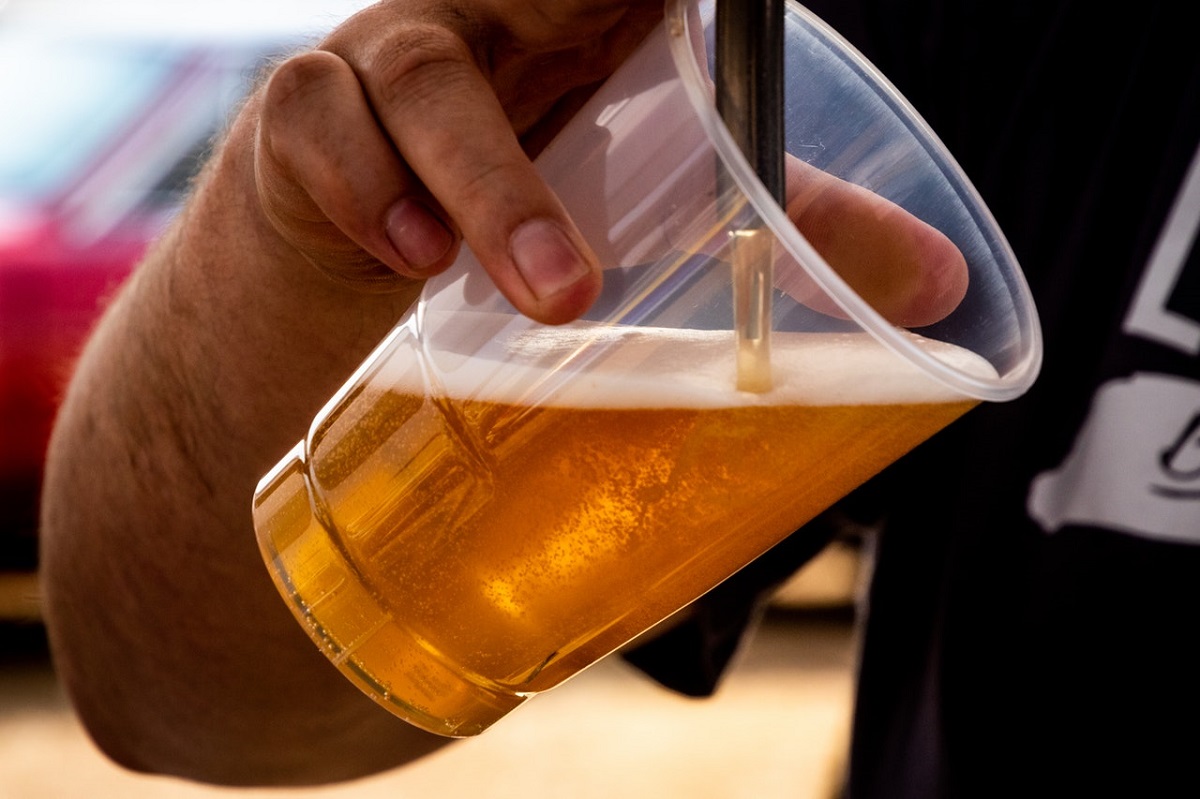 Research shows beer offers more B vitamins and protein compared to wine. While the antioxidant content of beer is about equal to wine, but it’s the quality of the antioxidants where beer has an upper hand. To note, hops and barley utilized in producing beer carry flavonoids that are entirely different than those coming from grapes.

So when beermakers employ Citra hops flavoring for that most sought-after citrusy taste,  they not only improve the taste of beer but also make possible a bonus: boost your overall nutrient intake. Small wonder, for centuries, the hops plant has been used to deal with a slew of health issues, from insomnia to stress relief.

Moreover, beer overrules wine when you talk about phosphorous, niacin, folate, and B vitamins. And lest you forget, it has silicone so it’s definitely good in countering osteoporosis.

Here’s another surprise for you. A European study published in the European Association for the Study of Diabetes journal revealed that people who drink as often as 3 to 4 times a week were less prone to develop diabetes compared to people who don’t.

Even better, men who had one to six beers in a week lowered their risk of diabetes by as much as 21%.

Heart health is everyone’s concern in America. To date, heart disease is the #1 killer disease in the Land of the Brave claiming as many as over 600,000 lives yearly. Having a drink that can help fight such a menace is indeed welcome.

More often than not, however, we look up to wine as our choice drink when it comes to heart health. But you may need to do an adjustment this time around. Beer can also espouse the same health benefits.

No less than a study introduced during the American Heart Association Scientific Sessions in 2016 detail that moderate drinkers of the 80,000 pool of people followed within the span of six years showed the slowest decline in HDL or high-density lipoprotein, dubbed the ‘good cholesterol’. Meaning, those people who drank moderately had a lesser risk of heart disease.

But we’re not done yet. You may not realize it but having silicon listed on the ingredients has added benefits. A major one is this helps in protecting your brain from compounds that usher in cognitive decline.

Another study done by Loyola University in Chicago points out that people who drink beer moderately are 23% less likely to develop dementia or Alzheimer’s in comparison to those who don’t drink beer at all.

Well, you may be surprised by all this. But these revelations only show drinking beer could be your timely shortcut to better health. And yes, there’s certainly no need to argue. Let’s just drink to that!