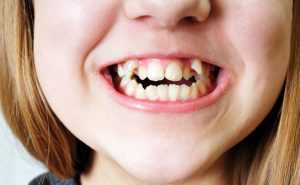 In a generation where many seem to pay extra attention on appearances, people are using various means to achieve the perfect look. From spray tans, to the hundred-billion-dollar makeup industry boom, to the increase of procedures like liposuction and rhinoplasty, it’s clear: more people want to look their best.

In the UK, however, more people are focusing on their smile. Treatments to improve the smile’s condition have attracted special attention in the UK in particular, where people wish to break free from the ‘Bad British Teeth’ stereotype.

What Is “Bad British Teeth Stereotype”?

It’s become a common cliche in the US that they see many Brits as people with crooked or ugly teeth. That cliche on British portrayals is somewhere up there, next to politeness, coldness, and drinking tea with biscuits in the afternoon. It’s this idea that Brits have really ugly, crooked, yellow teeth that it’s almost comical.

It’s hard to believe that the nation with a Royal Family has a cliche for having the worse teeth, it’s actually based on history. And while that doesn’t excuse the myth that Brits have worse teeth, once you see the history behind it, you can almost understand why this belief still exists and is portrayed in fictional media.

The reason behind this cliche supposedly dates back to the UK’s National Health Service (NHS). NHS treatment in the late ’40s and early ’50s focused more on keeping your teeth healthy rather than looking aligned and fixed. So, if you had yellowish-gray teeth and had a bit of a snaggletooth, as long as it wasn’t causing any health problems, it was unlikely to be corrected.

Braces Are Less Common in the UK

This is different in the US, where the culture for dental care was to keep teeth healthy and corrected aesthetically. In the United States, an average of four million people wear braces.

Out of these four million, one million of them are adults. Compare this to the UK, where only around 200,000 people have braces installed every year. And given the population of these countries, it shows why Brits commonly have more crooked teeth.

In the US, braces are commonly a rite of passage for teenagers. If you were one of the many kids unfortunate enough to have crooked teeth growing up, you might have been one of the millions of children who had to spend a few years wearing braces. And given that the average cost of braces can start at $3,000, it’s only natural for parents to want your teeth to be healthy and look good.

UK’s dental culture, however, focuses less on aesthetics and more on simply wanting to stay healthy. It’s actually considered a faux pas in UK culture to brag or boast about one’s self, so the act of wearing braces for the sake of aesthetics seems to go against this. So, unless your child’s crooked teeth can actually affect your health (e.g. speech difficulties, jaw strain, digestion problems, excessive wear and tear on the teeth, gums, jaws), then UK parents would be less likely to have braces installed.

Those who believe in the stereotype of Bad British Teeth will often point at the statistics. Aside from the fact that getting braces are more common in the US than it is in the UK, British five-year-olds have 25 percent more cases of tooth decay compared to US children.

But if we’re looking at dental health figures, the likelihood for unhealthy teeth doesn’t point towards the British. The US is the world leader for obesity, while the UK stands at sixth place. The US also has the largest food intake, the largest fast-food portions, and the second-highest soda consumption after Mexico.

These statistics are an indication of a generally unhealthy food lifestyle in the US, and yet it’s not the US that has the stereotype for unhealthy teeth. This is because the US has a more popular aesthetic dentistry culture that allow them to keep their teeth looking good and healthy. In comparison, UK dental culture is more concerned with keeping teeth healthy rather than having it look unnaturally white and perfectly aligned.

Are Times Changing for UK Orthodontics?

So, in truth, there is a background to the reason behind the “Bad British Teeth” stereotype, but for good reason: Brits care more about their teeth’s health than its appearance. In comparison, the US wants their teeth to look visually appealing in order for it to be deemed healthy.

But are times changing? Based on evidence, it’s possible that more Brits are becoming concerned with having both healthy and aesthetically-appealing teeth.

Orthodontics has become a popular treatment to correct improper bites and crooked teeth. Metal braces have had a negative reputation of being painful, uncomfortable and plain unsightly, discouraging many adults and children from receiving treatment. With the arrival of clear and invisible braces, orthodontics has undergone a positive revival. NHS dentists are thrilled with this development. A data report says more than 200,000 children and adults started orthodontic treatment in 2012, a figure expected to rise in the future.

Cosmetic dentistry is more concerned with the teeth’s appearance rather than their function and covers whitening, reshaping, straightening and repairing teeth. Its focus on appearance does not make it any less valuable to people who are so unhappy with their smiles that the problem affects their social and emotional wellbeing.

Whitening, particularly, is getting more and more attention due to its growing accessibility. In 2014, about 100,000 patients in Britain received tooth-whitening treatments, leading to mostly successful results. Experts warn though, that this procedure can only be safely administered under the supervision of a dental professional.

The popularity of cosmetic and orthodontic treatments comes down to increased accessibility and improved facilities. Patients, motivated by the social pressure to look better, are more trusting of the available treatments, specifically orthodontics and cosmetic procedures.

In the UK, where ‘buck teeth’ are still common, it’s extremely helpful to have better access to the treatments that can finally put right the myth of Bad British Teeth.