The Importance of Kids and Teens Learning First Aid

A parent’s priorities are to provide for their children’s needs, keep them healthy, and prepare them for life as adults. Most, if not all, parents fear for their children’s health and safety. As much as parents would want to shelter kids from anything that could harm and endanger them, they can only do so much. It is physically impossible to keep watch over them and shield them 24 hours a day, 7 days a week.

For those times that parents need to be away and only rely on hired help, friends, or family to babysit their kids, they cannot help but still feel anxious about their children at times.

And what about when your kids need to go away for summer camp, on a vacation, or off to university? Surely, parents can’t keep hovering over their children, especially when they’re already young adults.

However, one of the things that can give parents peace of mind whenever they’re apart from their kids is knowing that they know how to respond and react to emergencies.

Why First Aid Training Is Important for Kids and Teens

Because of this, a lot of parents are starting to recognize the importance of first aid training for older kids and teens. It is a vital life skill that can help save lives and open doors for them in a highly-competitive world.

In the UK, the British Red Cross commissioned a survey that raised parents’ concerns about their kids. The survey found that:

In a similar study, the Royal Society for the Prevention of Accidents (ROSPA) found that around 60,000 young people are admitted to a hospital yearly because of the following:

When faced with these emergencies, these surveys and studies found that 44% of young people panicked in the situation while 46% had no idea what to do next.

Ultimately, 97% of respondents said that first aid training and education will greatly improve their confidence and willingness to act in such crises.

Preparedness Makes All the Difference

Some parents feel confident about sending their kids off to university with a first aid kit and they make sure that they pack everything their kids will need in case of a sickness or an emergency. Different kinds of medicine, some scissors and shears for cutting, bandages, tourniquet, tweezers, gauze pads, medical tape, and some other important things are stuffed into college kids’ first aid kits.

While being prepared for sickness or an emergency is great, knowing what to do also matters a lot. In really serious cases, it can spell the difference between life and death.

Nursing a fever or a headache is a lot easier to do. In most cases, kids just need to drink their meds and take it easy. However, when dealing with certain situations, they will need more than just popping a pill and going to bed. Here are some of the most common emergencies that kids often find themselves in:

Kids, most especially, are prone to these. In most cases, younger kids fall or trip from too much running and jumping around. At the very least, they need to learn how to treat a scratch or cut. The worst-case scenario is needing medical treatment for a broken bone, concussion, or an open wound.

Getting hit by a falling object or running into things. 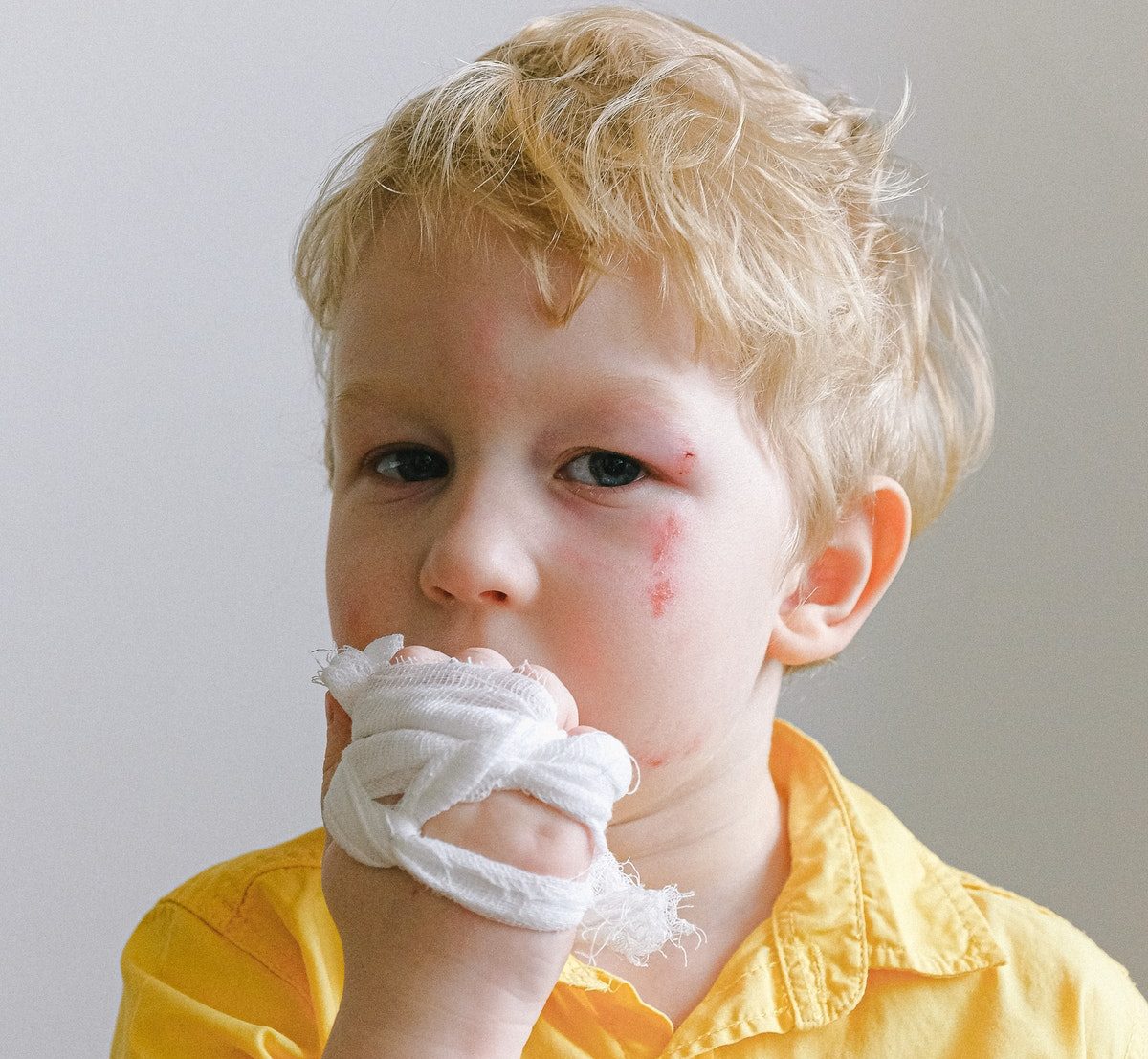 Accidents are inevitable. Kids are bound to get hit by a falling book or toy from a shelf or run into some things due to carelessness. Most of the time, these won’t require any first aid treatment unless they incur wounds.

This happens more with college students (and some senior high kids) from too much partying. Teens need to learn how to deal with people who don’t know how to hold their alcohol and end up injuring and hurting themselves. Alcohol intoxication tends to impair a person’s judgment and when paired with a young person’s sense of adventure, it can be quite dangerous.

Similarly, drug and substance abuse can cause people to do things they would not normally do. The high that they get from taking drugs often causes them to underestimate risks which sometimes leads to dangerous thrill-seeking. Whether the drugs were taken voluntarily or not, the first thing any kid should do when they see someone get hurt because of a drug overdose is to call 911 immediately before administering first aid.

Asthma attacks are quite common to kids. First aid training will teach kids to, first and foremost, not panic in this situation. If their inhaler is with them, instruct them to use it. However, if they don’t have any access to a blue reliever inhaler, call for an ambulance and see a nurse or doctor immediately.

Knowing how to respond to emergencies can help save lives. Kids and teens who have been taught to administer first aid can not only save others but save their very lives, too.