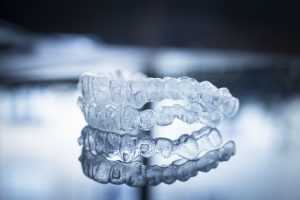 Braces are usually associated with teenage years, but new survey says they are growing in popularity for adults. It is no surprise that Invisalign, the world’s leading clear aligner system, has reached its four millionth user, Matthew Webb, who just started treatment in September 2016.

Achieving four million users marks a significant accomplishment for Align Technology, the company behind the product, as well as the 100,000 Invisalign-trained doctors around the world. This shows increased acceptance of Invisalign as the preferred choice for teeth straightening.

To celebrate this major milestone, Align Technology will feature Matthew Webb in an advertising campaign ‘One in Four Million’, which will follow Michael through his Invisalign journey.

Recent surveys show that men and women from the UK have increasingly shown interest in teeth straightening. But to learn that the four millionth Invisalign user is one of our own is nothing short of eye-opening.

Making a Difference in People’s Lives

Michael is just among the millions of hopeful Invisalign users. MiSmile, a network of Invisalign providers across the UK, shares some of the most notable patient reviews they have received within the past few years. ‘The impact that Invisalign has had on my life is greater confidence’, one patient says. Another one shares, ‘How would I describe Invisalign in one sentence? Life-changing’.

Miss Birmingham 2010 Kerry Price, who was in treatment with MiSmile, also shares her sentiment: ‘Using Invisalign has had a massive impact on my life and my confidence. I think the best thing about Invisalign and the whole treatment is how convenient it was.’

Different from the Rest

Invisalign is often described as ‘cutting-edge’, different from the rest. At the heart of the product, beyond its technological merit, there is a mission to improve the way professionals provide orthodontic treatment. It addresses issues of convenience and aesthetics, which are two of the biggest hindrances in adult orthodontics. It’s all thanks to a combination of biomechanics research, 3D software technology and mass-customisation.

Simply put, Invisalign claims to make teeth straightening easier, faster and more discreet than ever. And as we speak, more than four million users can prove it right.