Since more people are seeing videos like these, many are starting to ask questions. Some people are asking whether police officers were ever trained with basic first aid knowledge that they can apply on the field. Another question raised is whether they have the right equipment to administer first aid during emergencies.

According to reports, most police departments offer first aid training. But then, not all are requiring all police recruits to undergo the voluntary first aid training program. One would assume that with their first aid knowledge, police officers should act quickly after someone gets injured.

The problem is, not all police officers in every country or state are required to administer first aid to the casualties after a shooting incident. As a matter of fact, not all have clear policies that articulate the police officer’s responsibility in case of a medical emergency. Some departments also showed a lack of accountability in case any of their officers injured an innocent civilian and failed to provide first aid.

They say the role of police officers is to secure the area moments after a shooting. Their priority is to remove any threat, that all weapons or vehicles are ceased, check on their fellow officers and search the shot individual before providing first aid. But due to the unclear rules, many officers choose not to render medical aid.

Another issue police officers face is the fact that even if they have first aid knowledge, not all are equipped with the right first aid equipment. More often than not, the police officers will have to provide for their own first aid gear. Also, not every police officer knows how to deal with a gunshot wound.

Police officers are provided with all the necessary equipment to fulfill their roles. This includes their police vehicles with LED lights, a siren, their service weapon, other must-haves. But when it comes to medical emergencies especially gunshot wounds, they are simply required to call emergency medical services to take over. 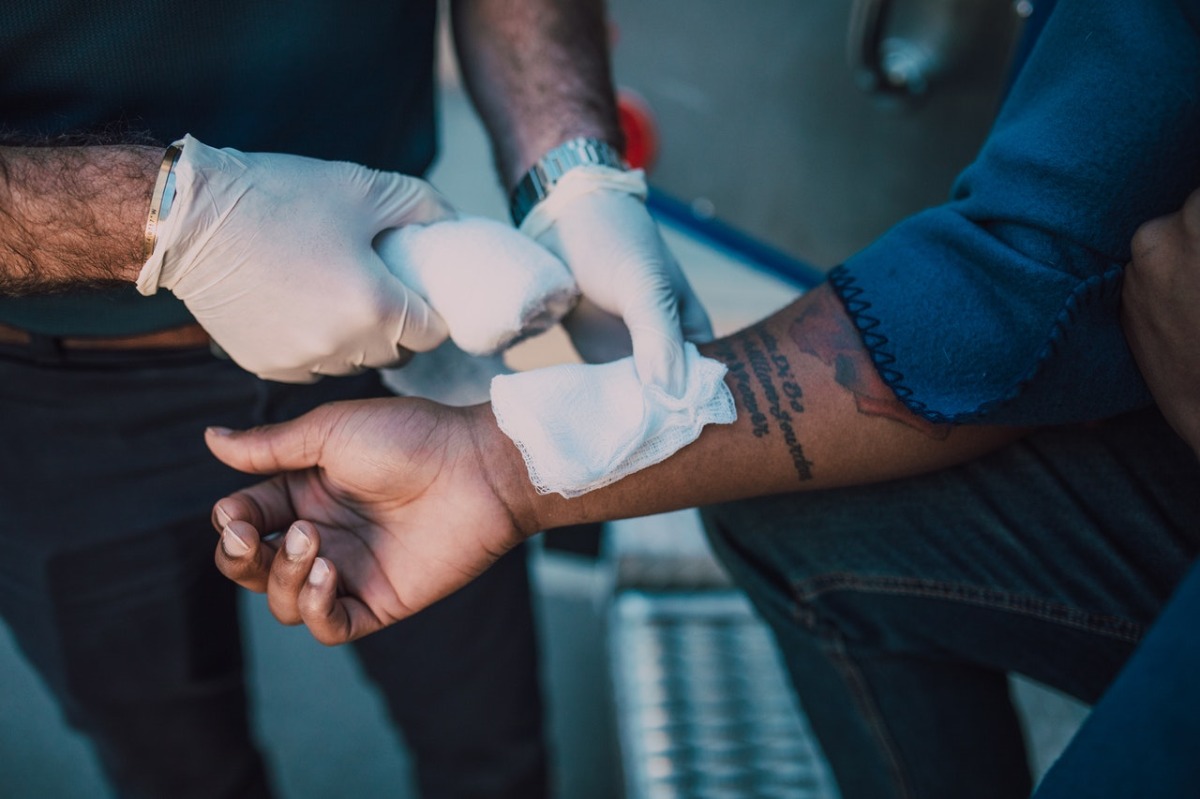 Whenever someone gets shot, it is only vital that the person shot receives immediate medical attention from qualified professionals. The lack of gunshot training and first aid equipment often stops a police officer from providing the necessary care to save the lives of the wounded. But then, those few minutes after the injury are critical and can draw a line between life and death.

People who are an advocate for police reform want police departments to stay accountable for their officer’s actions. They want the police to also perform first aid and attempt to save lives. When first aid is administered at the right time, this can greatly help increase the chances of injured individuals recovering and defend themselves with whatever caused their arrest in the first place.

Medical experts argue that every minute that passes is crucial for every traumatic injury. Even a three-minute waiting time can already cause critical complications. When police officers choose to wait instead of providing immediate medical intervention, the efficacy of future intervention only decreases.

Many communities are losing confidence in the police due to the latter’s failure to provide first aid as necessary. More people think the police would do more than simply call an ambulance after a shooting incident. They also want police departments to require first aid training among their officers and for them to provide the police with the right equipment.

Many are now voicing their concern over a more effective police reform. They want one that will also prioritize first aid to save more lives and minimize the harm done over powerless individuals in question.

Improve police training is another concern more people want the government to think things over. For instance, it takes up to three years’ worth of training before someone can become a police officer in London. In Los Angeles, it only takes six months’ worth of police training.