Nothing is as scary as sleeping at night in your room that you consider your safest place on earth, not knowing that some burglar is attempting to break into your house. What’s even scarier is that property crimes such as burglary happen in U.S. households all the time.

According to the Federal Bureau of Investigation’s Uniform Crime Reporting (UCR) Program, burglary is the “unlawful entry of a structure to commit a felony or theft.” The use of force is crucial in determining the offense. Any burglary incident can be classified as “forcible entry, attempted forcible entry, and unlawful entry where no force is used.”

The FBI UCR recorded an estimate of 1,117,696 burglaries in the United States. The majority of these cases were classified as burglaries using forcible entry. In 2019 alone, they recorded at least $3 billion worth in property losses. The least common case, meanwhile, are those with attempted forcible entry.

The huge amount of property losses could hurt a household. But, what hurts more is the trauma it leaves to the family who has been victims of burglary. As they say, once you’ve been a victim of burglary, your sleep at night will never be the same again.

Victims of burglary suffer from mental health issues after the incident. They experience trauma, depression, and anxiety in general.

In a survey conducted by Churchill Home Insurance, victims of burglary say that the most alarming for them was that some stranger could break into their home. Another effect on the victims was the shock and overwhelming feeling after the incident. They also felt violated and offended. The incident also made them feel vulnerable or helpless.

These are the common experiences of households that were victims of burglary:

It’s common for burglary victims to not sleep for days, especially if the incident happened at night. The anxiety lingers, knowing that anytime, the incident can happen again. Victims tend to be restless, and any slight movement will bother them. Depending on their level of trauma, some victims would even cry by just hearing any unusual sound at night.

Others would throw up because of the stress and anxiety after the incident. Some victims had terrible headaches and loss of appetite for days. In rare cases, they also got fever. It is very common to feel uneasy, uncomfortable, and overwhelmed. 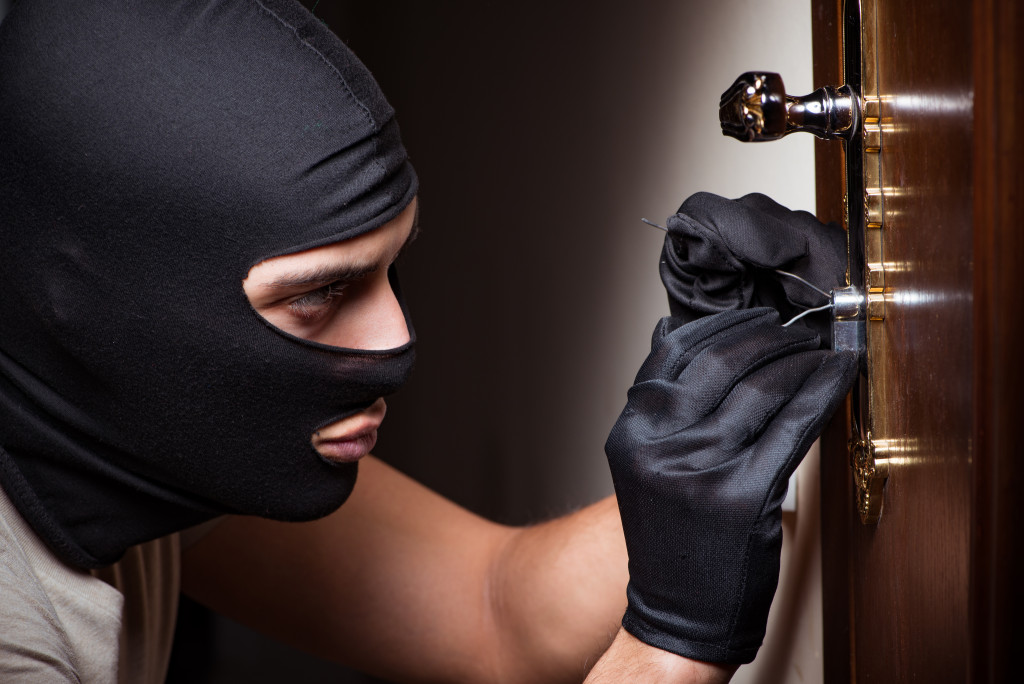 Because of the incident, victims will be very cautious and suspicious. Any movement will make them believe that there is a burglar at home. They won’t let strangers in. They doubt even the people that they know. This level of suspicion is normal, and the anxiety will subside in a matter of days or weeks.

According to the survey, it took the victims three days before things got back to normal. Most of them moved into a new place or at least considered transferring to another area. Meanwhile, other victims inspect their houses and improve their security features. Some upgrade to an automated home security system. Others prefer high-quality locks such as euro profile locks in a cylinder shape. These are among the most sophisticated lock systems.

Upgrading the security system at home is always the best thing to do after the incident. But, victims also feel regretful and depressed, knowing that the things they kept for years were just taken away but a burglar. They tend to get sentimental over the stolen stuff. This sentimentality will also manifest in their daily activities.

It’s Okay to Not Be Okay

It is important for burglar victims is to take the time to grieve over what’s lost. It’s okay to feel sad and sentimental over the things that were taken away. To some point, it is also normal to feel regretful. But, note that it is no one’s fault and that there’s nothing that can be done but to be more careful next time. Also, only allow a few days to feel this way. The negative feelings should subside in a matter of days.

Seek professional help if, after weeks or months, the trauma is still there. Debriefing with a consultant might be needed if it already affects your daily activities. Also, during these tough times, talking as a family might be important. Reassuring each other will help lighten everyone’s anxiety. Reassure each other that the best way to do now is to be more careful and improve your home security. Experiencing burglary is difficult. But, just like any hurdle, you will get through this as a family.