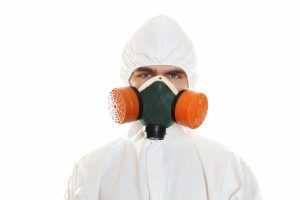 After the U.S. Food and Drug Administration (FDA) banned the use of triclosan in consumer products, scientists in New Zealand believe there is a good reason to do so.

The chemical is one of 19 active substances found in common household cleaning products, but the FDA decided to ban the use of these ingredients due to their lack of efficiency.

In fact, these chemicals might even be the reason why certain products don’t deliver their promise of fighting bacteria. Kurt Krause, a New Zealand university professor, said that triclosan had been linked to antibiotic resistance, and there have been concerns over its potential to harm a person’s endocrine system.

Triclosan may not always be listed as an active ingredient in chemical labels, but they have been added as an anti-bacterial agent to bath soaps, toothpaste, shampoo and even children’s toys, according to Krause, who is a director of the Webster Centre for Infectious Diseases at the University of Otago.

Canterbury University professor Sally Gaw agreed that triclosan should be excluded from consumer products. The chemical is believed to be a carcinogen and can damage liver, kidney and hormonal functions, Gaw said.

In the U.S., the FDA ban covered 2,100 over-the-counter anti-bacterial soap products that accounted for around 40% of the market.

Krause believes that using a certain chemical to fight bacteria appear to be a losing battle when antibiotic resistance comes into mind, while Gaw cited the toxicity of triclosan on fish and algae as one reason not to use it on products.

Gaw also supported Krause’s claim that the exposure of triclosan to bacteria can contribute to more resistant microorganisms. On the other hand, the ingredient should not be entirely banned in New Zealand, as it is still an effective product when used in hospitals and other medical settings, according to Louis Tremblay, a Cawthron Institute environmental toxicologist.

That’s because bacteria thrive in those places, so using triclosan makes sense to prevent them from spreading, Tremblay said.

As a consumer, it’s best to check the label before buying anything. Likewise, businesses should make the most of chemical labels to make sure that their customers (new and old) are well informed.