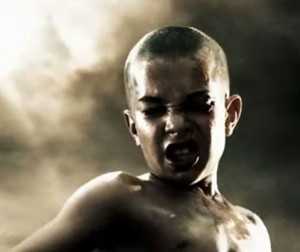 Sparta is a real city in Greece. Identifying whether the stories about the Spartans are true or not remains in question, though, as historians have yet to clearly separate facts from myths. But based on their old culture, the (arguably) greatest warriors of the ancient era were truly tough and strong.

Movies depict Spartans as well-built soldiers with six-pack abs and toned muscles that can wrestle with beasts and carry boulders with ease. But without much knowledge about muscle building, workouts, and the right equipment, it remains a mystery how these beefed-up men developed their physique.

According to olden accounts, Spartans had to prove their fitness right at birth. Parents take their infants before a council, which looks for physical defects on the baby. They toss all ill-born into a rift.

The society manifests tough love. They often bathe infants in wine instead of water, and frequently ignore them when they cry. By the time children reach seven years old, they need to leave their homes and undergo the “agoge,” a military-style education program that leads to their soldier-ship.

To toughen these youngsters, adults would encourage them to fight and endure pain. This is somehow similar to what modern fitness facilities do. As the instructors from Strength Studio say, “When we fatigue your muscles efficiently and deeply, we stimulate a growth mechanism within your body.”

The Spartan agoge not only develops the physical tools of the children, but also sharpens their will and emotional strength. As early as 12 years old, Spartans already get a glimpse of the tough world during the ancient times. It’s the society’s way of preparing every generation for the worst.

There is no rest for the Spartans. After finishing the agoge program, they are to be soldiers for life. Their laws prevent them from choosing any occupation other than the military, thus compelling them to stay fit even when they remain on reserve duty until the age of 60.

Workout misconceptions are everywhere. There is a right way of efficiently loading and fatiguing your muscles. Having a regimen similar to the Spartan’s can shape you into a better person, at least physically.