The number of Brits enjoying a plant-based diet is growing exponentially. Research by the Vegan Society revealed that in 2018, around 600,000 people in Great Britain are vegan, a number that quadrupled from 2006. Food manufacturers, in response, started developing more and more vegan food products. In 2018, the UK had the highest number of new vegan food products launched among every other nation.

Despite the meteoric increase of veganism in the region, plenty of people still don’t understand what it means or how to switch to this lifestyle. One of the things that stop people from becoming vegan is the misconception that it’s expensive. It may stem from the idea that plant-based food and meat and dairy substitutes are costly, but these aren’t true. Forgoing meat and dairy, which are some of the most expensive items in the market, and replacing them with foods like tofu and lentils, can save you hundreds of pounds every month.

With that said, follow our guide below on how to become vegan on a budget.

In the age of smartphones and speedy internet, you don’t need to buy a cookbook to get recipes. Tons of affordable vegan recipes can be found online, like this extensive list from BBC Good Food. You can go as elaborate or as simple as you want, depending on your budget. What’s more, the affordable recipes mean that whether you’ve taken natural chef courses, you can whip up these vegan-friendly dishes.

With vegan recipes in mind, don’t forget to list the ingredients you need. Look in your cupboards to see which ones you have. Then, shop for the supplies you still need. Having a shopping list helps you avoid buying too much or not enough or completely forgetting an ingredient. When the last one happens, your recipe may be ruined, forcing you to abandon it and order in or eat out instead. 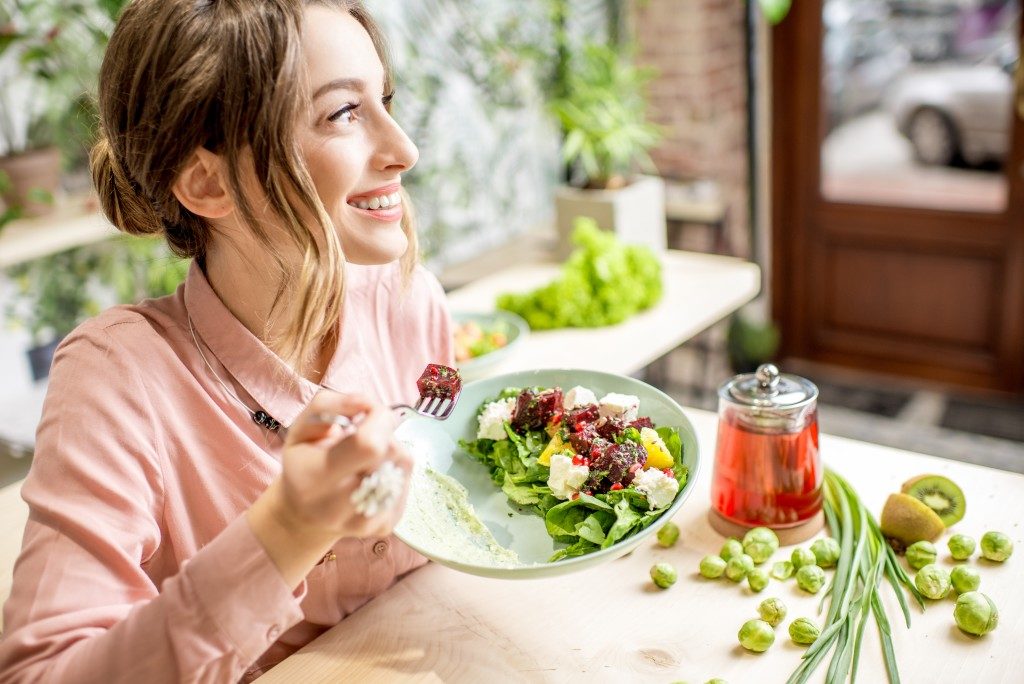 Speaking of eating out, try to avoid doing so as much as possible. While restaurants across the region are meeting the demand for more vegan options, dining out is still more expensive than preparing your food yourself since you’re also paying for their service. Reserve this as an occasional treat instead.

It can be challenging to avoid ordering in or eating out, especially if you’re busy. That is why we recommend doing meal preps. Cook vegan dishes in larger batches on the weekend, or whenever you have free time, divide them into equal portions, then leave them inside the fridge. This way, you can just pop them into the oven when you’re ready to eat instead of cooking every day.

One of the most affordable ways to eat healthily is to grow your own food. Even if you only have a small backyard or no backyard at all, you can grow vegetables like broccoli, tomatoes, and lentils in small pots of soil. That can be a challenging project at first, but it can also be satisfying, knowing you’re eating fresh.

There are plenty of ways to cut down your food budget and maintain a vegan diet. Since you’re eating healthy, you’re giving more for your body instead of depriving yourself.