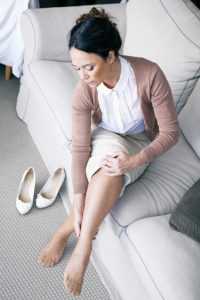 Most people know that coronary stents implanted in the arteries of the heart are to correct blood flow. And venous stents perform in the same way. But doctors’ experience has presented that veins performed differently than arteries.

The stents are metal mesh tubes that widen against narrowed or blocked vein walls. They operate as an arena to keep veins open. And in most cases, the surgeons implant the venous stents in central, larger veins like the ones found in the legs, chest, and abdomen. Practically, all patients with chronic or acute iliofemoral disease will require a stent.

The key to successful inferior vena cava (IVC) and iliac vein recanalization is to have an understanding of the anatomy. Because venous stents are implanted in the IVC, common iliac, external iliac, and common femoral veins for those with chronic venous obstructions and/or May-Thurner syndrome.

The explanation to why angioplasty alone is ineffective is because, in the May-Thurner syndrome, the right common iliac artery crosses on top of the left common iliac vein. It is a compressive phenomenon and there is also a hyaline scar formation within the vein lumen too.

So, the doctor must take into account the inflow and outflow, the general anatomic situation, and the precise health of the common femoral veins, feeding veins (profunda and femoral), and the cephalic extension of the obstruction. It is a high priority to have an outstanding cross-sectional imaging for planning purposes. Doctors depend on CT venography with formatting in the coronal and sagittal view. As well as using MRI.

Iliac veins can be accomplished using local anesthesia and intravenous sedation and IVC recanalization basically needs the use of propofol. Also, a urinary catheter is placed as the procedures can last longer. Unfractionated heparin is fully anticoagulated to the patients during the procedure with a target activated clotting time of 300 seconds.