The term antioxidant is heavily used in many commercial websites that sell supplements, but not everyone is fully aware of what they do to the body. Antioxidants refer to molecules that prevent the oxidation of other similar molecules. Oxidation leads to free radical formation that causes cell damage. What antioxidants do is they slow down the ageing process and the effects of age-related diseases and degeneration. 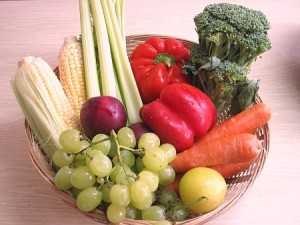 Not all antioxidants have the same levels of effectiveness. A great way of comparing their ability to slow down age-related degeneration is through their ORAC score. Nutritional supplement provider greengoldnutrition.com says ORAC stands for oxygen radical absorbance capacity. This rating helps determine the neutralization ability of any type of antioxidant. The ORAC rating is important to know which one is best to consume.

Oxygen radicals are chemicals formed naturally within our bodies through the process of oxidation. They are typically byproducts of everyday functions like physical activity and the process of digestion. Other causes of these free radicals are polluted environment, partially rancid foodstuff and oxidizing radiation coming from the sun and even different electrical appliances.

Keep in mind that the ORAC score of different fruits and vegetables cover a broad range. Some of the best vegetable items such as dark greens and brightly colored plant foods have the highest ORAC scores. For instance, blueberries, kale, cauliflower, strawberries, wild tart cherries, tomatoes, carrots and other similar items are examples of food items that have high ORAC scores. A cup of blueberries alone can provide 3,200 ORAC units.

Eating many high ORAC foods increases the antioxidant power of human blood by 10-25 per cent. Experts believe that a daily intake of an estimated 5,000 ORAC units can have a significant impact on plasma and tissue antioxidant ability.