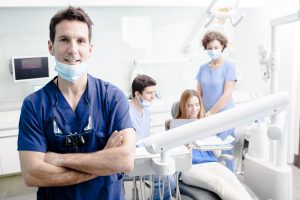 Finding a good dentist in Southampton is very important. Unlike sharks, which can get through as many as 10,000 teeth in a lifetime, people get one shot at adult teeth. They start coming through at around age seven, and once they’re in, they have to last for decades and decades.

What is a good dentist?

A good dentist in Southampton will focus on what is known as ‘teeth for life’. This is a philosophy rather than a treatment, followed by dentists such as those at Smilemakers. It’s about making sure that patients hang onto their teeth for as long as possible by using preventive treatments.

Prevention is about ensuring that teeth do not succumb to plaque. This is the name for that sticky film that builds up on the teeth during the day. It is in fact a layer of bacteria. They feed on the sugars left in our mouths after meals and if they are not removed, they harden into tartar, which is more like grout and needs to be professionally removed.

Keeping teeth free of plaque and tartar is what prevention is about. This is done by the patient at home, twice a day, with a good brushing and flossing. This needs to be supplemented twice a year with a good cleaning by the hygienist to get any hidden plaque or tartar off before the acids they exude start eating into the teeth to cause decay, or into the gums to cause gum disease; both of which lead to tooth loss.

Preventive treatments start with children, who are particularly vulnerable to tooth decay. This is because they may not yet be very good at brushing their teeth, but also because they imbibe so many sugary drinks and are big fans of sweets in general. The dentist in Southampton can paint their teeth with fluoride to mineralise them and so offer them better protection. Another treatment is to paint the back teeth with fissure sealants so that bacteria cannot get through to create decay.

It is also well worth having braces because straighter teeth are much easier to keep clean. Children can have braces fitted at a much younger age these days, and adults can wear them too.