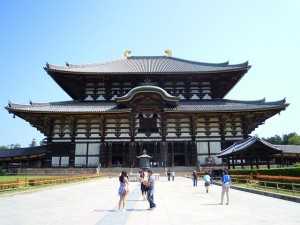 This is actually very shocking for many Japanese people. Like every other country in the world, their economy lists tourism as one of its top priorities to attract foreign spending. They’d rather not do anything that could potentially derail the arrival of tourists.

Companies like Sumitomo constantly remind clients of this fact to keep them from abandoning their goal. So, even with all the corporate assurance available, where does the trepidation about living in Japan come from?

There’s obviously a problem in communication and intent when the first question everybody asks is if it’s possible for foreigners to buy property in Japan. It is important to note that the question isn’t about the requirements of buying, or how to buy, but whether it’s possible.

Of course, it’s possible! There aren’t any laws forbidding anyone born outside the country from owning houses or property. In fact, there’s even a part of the Japanese Constitution that protects foreigners from discrimination. To quote Article 14:

“All of the people are equal under the law and there shall be no discrimination in political, economic, or social relations because of race, creed, sex, social status, or family origin.”

The only obstacles foreigners would face in their quest to purchase a property in Japan would be no different from what Japanese people would have to deal with when they want a house of their own. The only advantage a local would have over a foreigner is that they’re physically closer to the agents and brokers.

This is where the intermediary agents come in, and make the process easier. Living in Japan can be more than a dream; it just takes some guts and money to make it a reality.